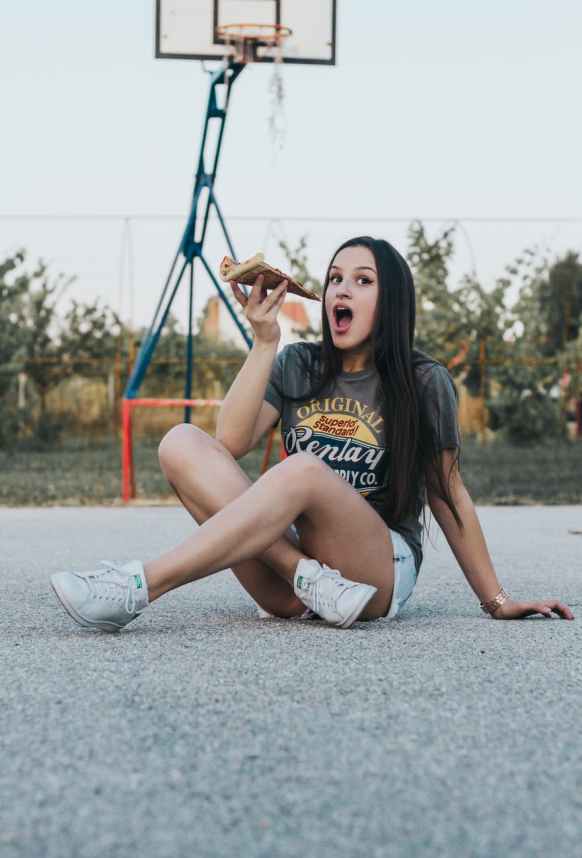 Am I tripping, or did Little Caesars used to give an extra pizza with every order (pizza, pizza!)?  I thought that was their gimmick?  Also, has anyone else noticed all the new pizza chains popping up all over Sacramento?  I guess people are one with Round table?  I still love the old school standbys… Zeldas, Pieces Pizza, Buffalo Pizza (breakfast pizza – whaaaaat!), Luigi’s, Roma, as well as some newer, more modern ones too:  One Speed, Hot Italian, Chicago Fire, Uncle Vito’s, etc.  But then there are these chain pizza joints that have sprung up near Sac. State and even in Midtown.  I mentioned in a past blog that we when to Z Pizza on Folsom, across from Ultimate Fitness (pour your own beer =novel).   Then there’s Pizza Rev, which I’ve driven by often, but have never made it in – that one is at the Tee of Folsom Blvd. and 59th. 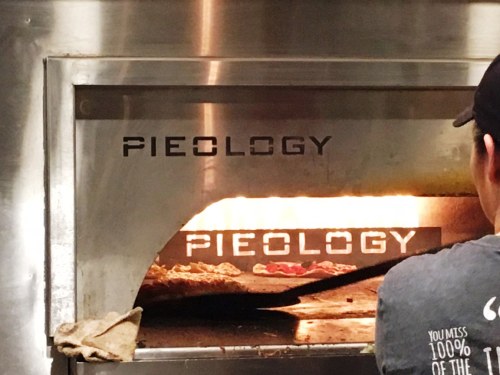 Over the weekend we ended up at Pieology, which I knew was in Roseville and other burbs (I didn’t check, but I bet there’s one in Elk Grove and Folsom and no doubt Natomas  – very formulaic), but now there’s one open on 16th St. and around L St.  While I instantly thought I could have stumbled into a Chipotle that makes pizzas, the situation is similar… stand in line, tell them what you want on your pizza, as they make it right there in front of you… all while making friendly conversation (I guess studies must show that people like this?).   Well, not bad.  I actually liked it.  The definitely need to step up their beer game, especially when the best beer they carry in a bottle (nothing on tap) is Sierra Nevada pale ale.  It’s 2018!  How hard is it to ride the wave of a flooded craft beer market?  Oh and the other notable one is Shock Top – pleeeeeeese!  The kids liked the pizza and we may go back, however, after eating some greasy-Luigi-love… it’s hard to go thin crust franchise pizza.  Am I right?!

What’s your take on the flooded pizza market?

Will burgers ever be a flooded market?

Now on to our next confession of unhealthy, yet delicious food choices.  We tried to go back to Iron Horse, over there by Ace of Spades.  Um, note to self, brunch on Sunday’s at Iron Horse (after the Shamrock run, or whatever it was that people were wearing green skirts and beads and stuff), is complete mayhem!  Two hour wait, um, no thanks.  Burgers and brew we went!  B & B has changed it up a bit since I was last there…maybe because it was Sunday?  We ordered at the counter and it was pretty much self-serve all the way.  My wife and my beer sat on the bar counter for days, until I went up and asked if I was supposed to take them (meaning I was not sure what the protocol is and if they were going to serve them or not?)… She says, “Uh yeah… if your name is on the ticket.”  I wasn’t sure if she was just being sassy, or maybe just put out that I thought they might deliver them to our table?  No big deal, I don’t mind a little friendly sass… we had delicious burgers, tasty fries, and Pliny the Elder on tap – can’t complain!

Still eating clean!  Shout out to my wife!  I’m super proud of her and thankful for her constant elevation!

Some highlights from this past week:

BEER OF THE WEEK

I stocked my fridge about 2 months ago and it was packed!  It’s like the water  at the wedding that Jesus turned to wine!  Kept flowing!  I dug out this tall boy from the back.  I was just looking at me and waiting to be drank.  Who doesn’t just chuckle when reading this name – Belching Beaver, Deftones Phantom Bride.  I love the artwork!  Do you think marketing makes beer taste better?   This may have influenced me, but I also remember some random dude at the grocery store saying out of the blue, “Hey man, you should try this beer… it’s worth every penny!”  I simply took that as a sign… a helper angel of sorts.  I’ve been buying it ever since that mystical encounter.  For those reading, “Hey man, you should try this beer!”

For those who made it to the end of this blog … what have you been drinking lately?

I’ve been kicking around the idea of writing a bit about whiskey?  As you know, this will take much experimentation in order to properly report.